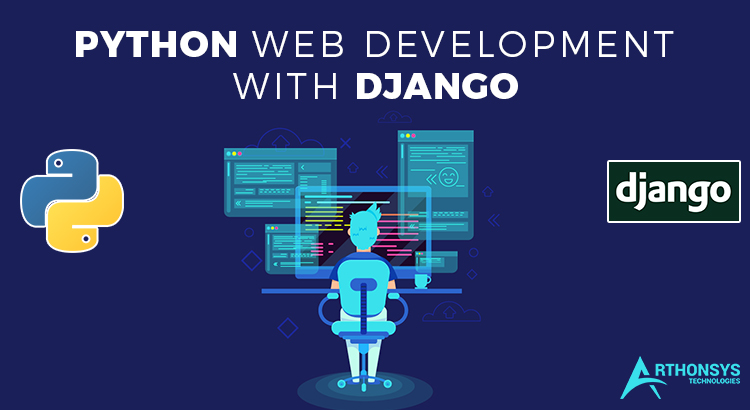 What is Python Django?

You would be amazed to know that Django is absolutely free and is an open source python framework. It is a set of components used to launch websites easier and faster. A website requires a much similar set of components to form user authentication, management panel, etc. the frameworks such as python Django help you in this case.

Is Python Suitable For Web Development?

Python is one of the oldest frameworks used for the development of websites. The python is used for conceptualizing, creating and deploying a website. The servers now handle a vast number of websites compared to the past when only a few websites were used to developed and launched. Nowadays, websites are strategies of online marketing. Use python web development services to get ahead from your competitors. Make sure to develop your web applications using best frameworks such as python only.

Python is used mostly to develop sites and is preferred over another programming language because of its following features:

What is the difference between Python and Django?

Although both are related to python still they are structurally and functionally different from each other.  The basic difference between them is that python is a simple programming language which is implemented at a number of places to perform a particular task.  Python consists of basic commands and data structure.

⇒Some of the advantages of Python Django are –

How is Python used for Web Development?

Python is easy to learn and use and is hence used mostly worldwide. There are few things which you must know before starting with python –

√Learn HTML – without these basic things like javascript and Html, python cannot be learnt and used. From learning and understanding python from the ground, first of all, get comfortable with the language. Learn the fundamentals of python.

√Guide – since Django is based on MVC it is really essential to understand how the architectures really work to work on them.

√Applications – once you are clear with the fundamentals and basics of this framework, go ahead with developing some simple applications and then move to create fully fledged heavy web applications. Incorporate functionalities well to make your website perform better online. Along with the features, coding is equally important in creating a website.

√Debugging – understand well how to use debugging of the framework chosen. It is an important step as bugs are the best friend of a programmer. To go a long way ahead, understand the exceptions well. You can also go for Pycharm as it is an excellent debugging capabilities and coding tips.

√Integration – integrating third-party modules will help achieve more than others. Not just focus on achieving what others have done but producing something extraordinary. Using external libraries, you can catch some serious speed. Before moving to externals make sure to get familiar with the core modules first.

Python is a proud choice of programmers and offers a never-ending list of advantages which will save your time, money and at the same time gives a great outcome. There is a number of python web development company which can be hired to develop sites.

Why is Python Good for Web Development?

Python is the top choice of programmers and is around us for a quite long time. Among the various programming languages, Python is listed as the number one language because of its features like –

Python and Django both are the best frameworks. Django is preferably made to make a complex process of development easy. The less coding and low coupling in it make rapid development of websites. Some of the popular websites using Django are Instagram, Pinterest, Disqus, Mozilla, Nextdoor, etc.