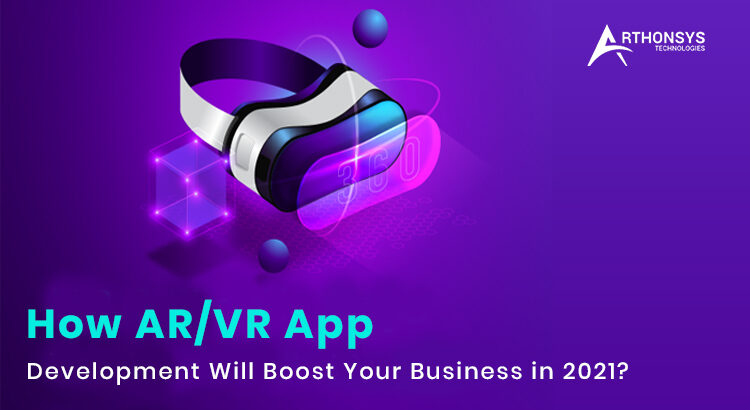 Augmented Reality and Virtual Reality are the two streaking mobile app development technologies that have taken regular mobile applications to the next level of excellence. AR/VR app development is two polar opposite concepts—achievements and deliveries for the user are totally different.

However, collectively, the global market share of AR/VR app development services was USD 11.35 billion in 2017, and it is projected to reach USD 571.42 billion by 2025, which means dramatic CAGR growth of 63.3%. Thus, if you are aiming to develop a futuristic business app, you have to streamline AR/VR technology in your development process.

What Is AR/VR App Development?

Both reality technologies are fundamentally different; thus, it is advisable to learn them individually.

Augmented Reality is an artificial technology that takes objects from the outer world and enriches your virtual experience using it. AR apps are embedded with software that remembers objects, symbols, and other relevant things to drive optimal thrill. In the business industry, AR apps are often utilized for marketing, branding, and promotional purposes.

One artificial scene is projected on the screen using three-dimensional models so that it appears like the viewer is transported to the new world. It is embedded in business app development to provide real-time user experience and virtual demos.

How to Develop an AR/VR App?

Today, 71% of consumers say that they would often shop online—if they get AR/VR experience. So, if a consumer wants AR/VR experience, you should definitely provide them. For effective AR/VR app development, you have to opt for a simple procedure including –

To create an innovative and unique AR/VR business app, you have to partner with the best AR/VR app development company like Arthonsys. Both the artificial reality technologies have enormous tech stack and layers, which can’t be mastered on your own. From the SDK software to the 3D model, there are multiple decisions involved in developing a powerful AR/VR app. Thus, you should start the development process with the support of a highly professional AR/VR app developer team.

Selection of Development Platforms and SDKs

Once you are partnered with the best AR/VR app development company, you have to select the proper platform and SDK next. For both the technologies, there are a plethora of different development platforms and softwares are available that you can pick according to your budget, expertise, and idea –

Virtual Reality – To develop VR apps, ideal software platforms are—SteamVR, XboxVR, Oculus Home, etc. Developers have to build specifications for these platforms from scratch, but this isn’t a worry of the user now.

Augmented Reality – The market is flooded with numerous AR toolkits and software. For instance, you have platforms like Vuforia, ARToolKit, and Wikitude that require a profound knowledge of C#, Java, or C++. However, if you don’t want to get into the programming trouble, you can opt for tools like Aurasma or Blippar.

The core component of AR/VR app development is the presence of 3D objects that store and present the data for users’ eyes. It is responsibility of 3D elements to render images and stimulate users’ brains. Thus, the selection of the perfect 3D technology is crucial to implicate the flawless user experience. Most AR/VR engines are free nowadays with easy to integrate and customizable APIs. Some of the commonly used software are—Unity3D, Unreal Engine, Nvidia’s Havok, Unity’s Game Studio, and many more.

What makes AR/VR mobile apps different? It’s a realistic design. That’s why you should not spare anything while designing your reality studded app. From creating a prototypes experience for testing purposes to the 360-degree analysis of design—you have to check each design attribute. With the prototype experience, developers can find flawless in the design components and fix them before sharing with the end-users. One AR/VR app developer has to be familiar with the following software too — Cinema 4D, Sketch, Framer, Adobe Photoshop, and so on.

The last stop is integrating AR/VR mobile apps with suitable hardware devices. Without the right hardware, you can’t portray the exact AR or VR experience. There are numerous great AR/VR hardware devices available in the market, such as HTC Vive, Oculus Rift, Microsoft HoloLens, Samsung gear, and many more. When you are picking the suitable AR/VR hardware, you should include the following –

Why Invest in AR/VR Mobile Apps?

When you have a unique business app idea, you can make it future-ready with the touch of augmented reality and virtual reality. Digital reality technologies are the future of mobile app development, and businesses need to understand that quickly. At Arthonsys, we have already empowered our AR/VR app development skills to boost our clients’ business reach. For an effective and flawless AR/VR mobile app, just drop your queries today!